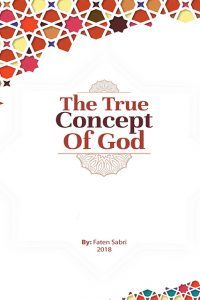 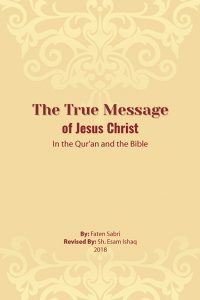 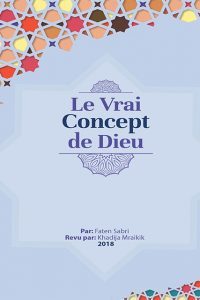 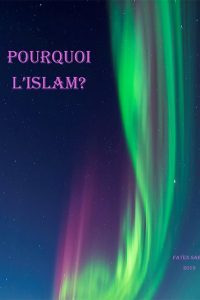 The status of a human being is where their priorities lie.

In the journey of life, with its sorrows, difficulties, joys and ease, we find ourselves waiting for victory, support, and empowerment.

But, in reality, we don’t get it, because as soon as we achieve a certain goal, our desire to reach the next goal starts. Life goes on and dreams never end.

When is the victory?

How do I know what my status is in the sight of the Creator?

How do I get His satisfaction?

I found the answers to these questions when I learned that victory may not come here in this life, and if it comes, it will come temporarily.

If hearts are purified from everything that is worldly, and their only goal is to please the Creator, then comes the victory, but it may not last long.

We all face similar situations in this life, and we must choose carefully and pay attention to what we voice out loud.

Do we always repeat the name of the Creator on our tongues or other names based on our worldly interests and whims?

The status of a human being in the sight of the Creator is where their priorities lie.

A French child once asked me:

What is the purpose of life?

The purpose of life is to recognize our Creator.

Is there a Creator?

Modern science recently spoke about the existence of an intelligent superpower who gave the first trigger to the (Big Bang) which caused the existence of the universe. It is what the believer identified as the Creator.

Nothing comes from nothingness.

Modern science also spoke recently about an end point of the universe, the (Big Crunch), which is what believers identify as the Day of Judgement.

The existence of the Day of Judgment means that the criminal will be held accountable for his crimes, and the benefactor will be rewarded for his good deeds.

This life has no value without the Creator.

How can we recognize the Creator then?

Human life is an urgent mission on planet Earth. In this task the life of a human being is a series of decisions he makes in every minute of this life starting from his puberty, for which he will be held accountable after death by his Creator.

If a person is not preoccupied with the task for which the Creator created him, which is to recognize Him through having a direct connection with Him, then he will invent a task of his own.

As a soccer player for example, whose fitness is the core of his mission, he follows a strict regimen of training and food in order to achieve a higher goal for him, which is to get the trophy.

He doesn’t care about all the difficulties he faces, because his primary focus is on achieving his goal, which is to win the cup.

A soccer player in the Mondial knows the answers to four questions:

The same is the case in the Mondial of life.

The motto of a person in the Mondial of life should be:

We tolerate what we hate and resist what we like.

Now humans do whatever comes to their minds without thinking or considering the consequences until they ended up marrying an animal. Thus, they become inferior to the animal, because the animal in all cases does not do what contradicts the sound nature that God created it with.

During this urgent task in life, when a person is exposed to a disease, for example, he supplicates to the Creator in order to seek healing, so that he learns the names of God, the Healer, and the Respondent. And when he receives a blessing, he recognizes the name of God the Giver.

If the person only knows the attributes of beauty, it is as if he did not know God.

The Creator has attributes of beauty and majesty.

If a person does not know the attributes of majesty through his exposure to hardships and adversities, it is as if he did not know his Creator.

What is the essence of this task and on what is it based?

The essence of a humans’ task is their rationality with which they distinguished themselves from animals in order to differentiate between right and wrong in every step of their lives.

The struggle between right and wrong remains the basis of the test.

People are distinguished from each other according to their attitudes.

The diversity of problems in this life, whether inside homes, workplaces, or even in public, is only to document human attitudes towards these problems.

A person dies and his attitudes remain registered by the Creator, bearing witness to him or her.

The criterion of success:

The French child, who was very intelligent, asked:

What is the standard of success in this world?

The main criterion for success in this life is the degree of strength of a person’s relationship with his Creator, his attitudes, and the order of his priorities.

One must ask himself:

Is the Creator a priority for him or is his priority something else?

Depending on the position he chooses, he will pass or fail the test.

We must remove every goal from our life program and keep the goal of pleasing the Creator.

But although the believers stand with the truth, they do not achieve victory in this world.

I told him what I heard and I liked:

We must stand with the truth, not waiting for victory, but to prove our sincerity with the Creator.

Why did the Creator not make life without a struggle between right and wrong!

The test must be difficult to distinguish the bad from the good.

If it is an easy test for everyone to pass, in this case, it will be a meaningless test. If everyone stands with the truth, and everyone is against falsehood, then the value of the test will be lost. In fact, falsehood will remain victorious except for certain periods only.

We were not created for this life, rather the Creator created us for Paradise. God wanted this test to give Paradise to those who deserve it by their deeds.

Then I was surprised by the sister of the French child, who is 9 years old when she said:

Why does God prefer the male in Islam over the female?

God in the religion of Islam is the Creator of all human beings, who knows their nature and what is good for them. He does not differentiate between them.

I went on to tell her:

If we say that your brother ran on sandy ground and you were inside an equipped track.

People will understand that my brother is stronger than me.

So, here the equation changes.

If we know your weight and age, the outcome will change as well. As we learn more details about both of you, the judgment on preference changes.

The Creator created the female with a certain nature and the male with a different nature.

The more details we get concerning these differences, the more our judgment of preference will change.

The female must be as successful as the male.

Then I asked her:

If the male throws himself off a mountain, does she throw herself behind him to prove that she is successful?

If a man suffers in his life because of the responsibilities assigned to him by the Creator and relieves the woman from them, then in this case must the woman suffer like him to prove that she is successful?

Can your father bear the pain your mother endured while she was pregnant with you and gave birth?

Can your father even carry a child to ease your mother’s pregnancy troubles?

The only fair comparison, in this case, is the strength of a person’s relationship with his Creator.

A human being’s success, man or woman, is in strengthening their relationship with the Creator.

It’s also the same superficiality when you compare yourself to anyone.

Everyone has a different environment. The opportunities humans encounter are different.

What do we get?

How do you bear the veil, isn’t this slavery? This is unbearable for us. Why doesn’t a man also wear a headscarf?

I told her what I once heard and liked from a Muslim lady:

We can stand the head cover and the heat just as you can bear the pain of wearing high heels. It was never said by women why don’t men wear it like us?

A face cover can obstruct vision just as false eyelashes can do.

Do not you wonder why all this torment? Rather, you hurry to keep pace with everything new, no matter how much it bothers you and drains your money and time.

The Muslim woman bears the veil as you bear the pain of Botox and the cosmetic sessions.

But the veil restricts movement.

Is wide, loose clothing a restriction from moving?

So what about the clothes that are suffocatingly tight, too short, that restrict you till you can no longer bend over or even breathe freely!

What about the restriction of  you  spending hours outside the house in which you cannot wash your face or touch your hair to not spoil your makeup and ruin your hairstyle?!

We adhere to our headscarves, as those who participate in beauty contests starve from hunger to get a slim figure and thus get the title.

All this patience and suffering… for what and for whom?

For the attention and approval of a man whom the woman is fighting?!

Who is the slave now?

The Muslim woman, with what she bears, preserves herself in this world and receives the best reward in the Hereafter.

The Muslim women want the men to recognize their great value in society as a mother, sister, wife, and daughter – not just as a decorative object for men’s pleasure.

The Muslim woman knows her status in the sight of her Creator by her steadfastness in her position and defining her priorities, which is the Creator’s right. This can be done only by worshiping Him in the way He wants, and not according to her own whims.

As for you, what do you get?

Validity of a source:

How do we know what the Creator wants and the way He wants us to worship Him?

The Creator sent with His Messengers a system of life for humans to abide by.

The books of the previous messengers were changed and distorted. This distortion has been admitted by the followers of these books. The last book, the Qur’an, remains preserved.

What is the criterion for differentiating between the valid book from the distorted one?

The criterion for differentiating between the valid book from the distorted one is:

All these conditions are found only in the Noble Qur’an. 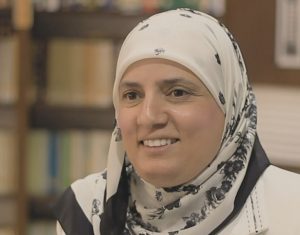 Invalid email address
Thanks for subscribing!